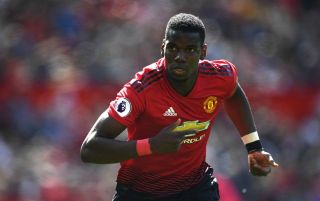 The Red Devils face major uncertainty over keeping Pogba this summer, so it’s little surprise to see talk of potential signings to fill that void if he leaves Old Trafford.

The France international’s agent Mino Raiola has admitted his client wants to leave and the process has begun to get him out of United as Juventus are also linked with a bid for the player in a report from the Times.

It now seems Man Utd could be in luck as Eriksen is their top target and is also keen on joining the Premier League giants over Madrid as they focus on signing Pogba, who is expected to leave at this point, according to the Sun, citing unspecified reports around Europe.

The Daily Mirror have previously suggested Eriksen could cost around £65million this summer, and if United can get the Denmark international for that kind of fee it would surely be great business.

The 27-year-old has arguably out-performed Pogba in recent times and give MUFC just the kind of spark and creativity they’ve been lacking in the final third.

Christian Eriksen has been linked with Manchester United and Real Madrid