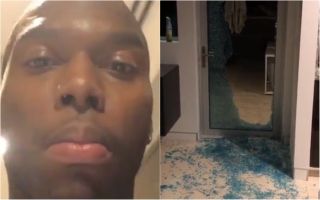 Former Liverpool striker Daniel Sturridge is furious after revealing burglars broke into his house in LA and stole his dog.

Watch below as the out-of-contract forward looks clearly shaken after losing a number of belongings as he shows footage of his smashed up door.

Sturridge says he’ll pay anything if people can help him get his dog back after this heartbreaking incident.

It’s hard to imagine what motivates people to do this, so best of luck to the 29-year-old in getting them caught and appropriately punished.