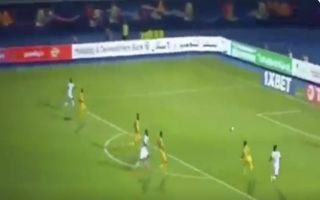 Wilfried Zaha scored the winning goal for Ivory Coast in a last 16 clash with Mali on Monday night, amid ongoing rumours linking him with Arsenal.

The Crystal Palace winger is currently on international duty at the Africa Cup of Nations and his latest strike secured a 1-0 win over Mali to send the Elephants through to the quarter-finals.

According to the Daily Express, Arsenal are chasing the 26-year-old during the current transfer window, after his superb 2018-19 campaign at Selhurst Park, during which he contributed 10 goals and five assists across 34 Premier League matches.

Zaha again showed exactly why he’s a target for the Gunners with a cool finish against Mali last night, as he waited for a long ball to drop in the box before passing the ball under the on-rushing goalkeeper and into the net.

Check out the Palace attacker’s second goal at the AFCON finals below, via Twitter.

Zaha Just scored the winning goal to take Ivory Coast through to the Quarter Finals pic.twitter.com/GAq8UNK79H