Arsenal could have a battle on their hands this summer, one of the Gunners’ top academy prospects is attracting the interest of this European giant.

According to the Evening Standard, Italian giants AC Milan are interested in signing Arsenal ace Krystian Bielik, the Polish ace is eyeing the exit door at the Emirates Stadium after being told that he won’t be a part of Unai Emery’s first-team plans next season.

The 21-year-old was a revelation for League One side Charlton Athletic last season, the Poland youth international made 34 appearances for the Addicks and he was the key to them winning promotion to the Championship. 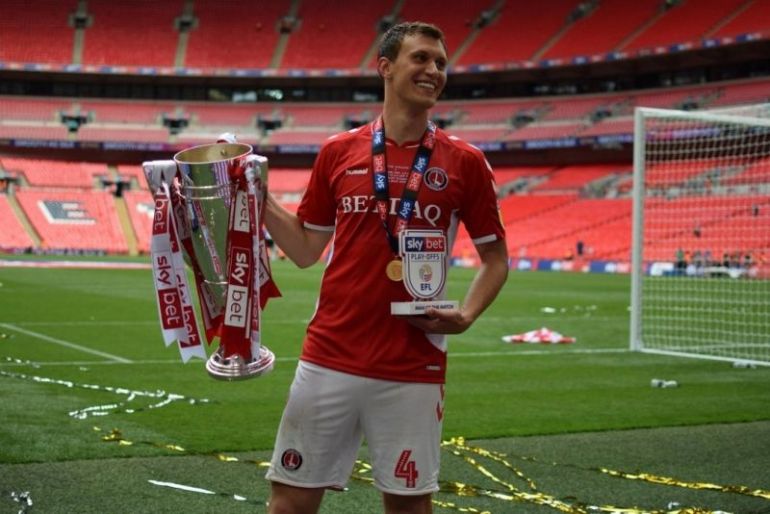 The ace – who can play in central defence or as a defensive midfielder – scored a crucial goal in the side’s League One Playoff semi-final against Doncaster Rovers.

Bielik showed he was a player for the big occasion by winning the Man of the Match award following a sensational performance against fallen giants Sunderland in the League One Playoff final.

With his ‘big-game’ mentality – you’d think that he’d be on the Gunners’ radar for a chance in the first-team next season, however, the north London club’s hierarchy aren’t prepared to give the versatile ace his deserved chance and would much rather he signed a new long-term deal before heading out on loan again.

Given that the star feels he’s ready to take a plunge into the first-team, the ace could find it difficult to turn down a move to Milan. The Serie A giants have a good track record when it comes to integrating youngsters into the team; the star can look to the success that Gianluigi Donnarumma, Patrick Cutrone and Alessio Romagnoli have had in recent years.

Milan’s interest in the ace should be a warning to the Gunners and fans will be hoping that the rumours encourage the north London club to change their stance on the star, otherwise they’ll risk losing him.