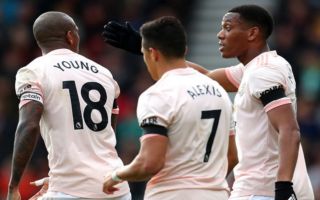 Man United are said to be preparing to keep Chilean star Alexis Sanchez at the club this summer amid there being a lack of interest in the winger.

Sanchez has had a torrid first 18 months at Old Trafford since his move from Premier League rivals Arsenal, and it seems like the player may not get the chance to end his nightmare stint with the Red Devils this summer.

According to Manchester Evening News, United are preparing to keep the player at the club ahead of the new season, something that is down to their being a lack of clubs interested in the player.

The report also states that United manager Ole Gunnar Solskjaer is getting ready to have Sanchez available for the club’s last two pre-season matches, something that implies even further that the club are preparing for life with Sanchez this season.

We’re sure United are desperate to get rid of Sanchez this summer, even if it’s only to get his wages off the wage bill.

Given the options United already have in their squad, combined with the fact that they’ve recently brought in Daniel James from Swansea, it remains to be seen as to whether Sanchez will be able to cement himself in United’s first team this term.

Solskjaer is going to need all the help he can get this season if he’s to get United back into the Champions League and competing on all fronts again.

Therefore, there must be some United fans who will see this news as a good thing…