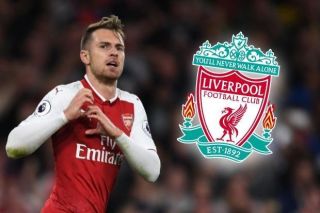 Liverpool were reportedly very close to sealing the transfer of Aaron Ramsey just before he joined Arsenal from Cardiff City back in 2008.

The Welshman had caught the eye as one of the most exciting young talents in the country at the time, and ended up having a superb career at the Emirates Stadium.

It’s now been alleged that Ramsey, who left Arsenal for Juventus on a free transfer this summer, could have ended up at Anfield instead.

See the tweet below as LFC writer Paul Tomkins claims former Reds boss Rafael Benitez told him he was blocked from signing Ramsey at the last minute because they had Jay Spearing at the club.

Rafa told me that he had Aaron Ramsey at Melwood a few months before he joined Arsenal, ahead of a move of about £1m. His account was that he was told we had Jay Spearing, so couldn't complete the move

At the time, Spearing was also considered a promising talent, but it’s fair to say his career did not take off along the same trajectory at all.

The midfielder, now 30, has spent most of his career since leaving Liverpool at clubs like Bolton and Blackpool at Championship and League One level.

Liverpool fans will no doubt wish the Ramsey deal could have gone through instead, but rivals will find this anecdote pretty amusing!