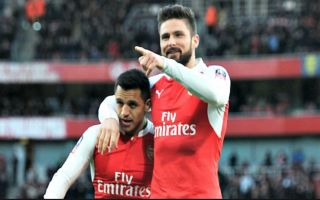 Ex-Arsenal employee Dick Law has confirmed that the Gunners had agreed a deal with Alexis Sanchez over a new contract for the Chilean, however the player decides against signing it at the last minute as he moved to Man United a few years later.

Sanchez, who swapped the Gunners for the Red Devils in January 2018, has had a torrid time at Old Trafford since his move, something that makes us sure that Arsenal fans are glad their side got rid of him.

Sanchez, who only had six months left on his deal at the time, was involved in a swap deal that saw Henrikh Mkhitaryan move the other way, however it all could’ve gone different if Sanchez hadn’t made a last-minute u-turn.

According to Goal, in regards to Sanchez’s move to United, Law stated “We had a deal. It was in December and we had been talking to his agent throughout all of 2016, the whole year. We got to December, I flew to Santiago and we did the deal.”

Law then added “The contract team drafted the new contract and sent it over to the lawyers representing Sanchez and in that space of time, while the documents were being proofed, he changed his mind for whatever reason.”

Had Sanchez had gone and signed this new deal instead of turning his back on it, we may never have seen him line up for United in the first place.

It seems like the Red Devils may have only been keen on Sanchez due to the length of time left on his contract, and had it had been longer than six months, Solskjaer’s side may have decided against signing the Chilean.