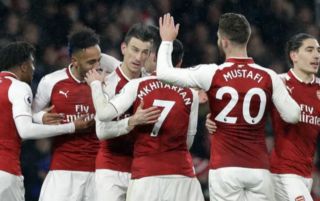 Arsenal stalwart Laurent Koscielny will have shocked many after it was confirmed by the club on Thursday that he has refused to travel on their pre-season tour.

Given his professionalism over the years and his standing at the club, the 33-year-old would be the last person many would think would try to force an exit through.

However, amid speculation linking him with a return to France this summer, as per The Mirror, it has now been suggested that he is pushing for a departure, which has been rejected by the Gunners.

As noted in respected BBC journalist David Ornstein’s tweet below, he has revealed that Koscielny asked to be released from the final 12 months of his current contract, but Arsenal rejected that request.

Further, he had informed the club he wouldn’t travel and subsequently didn’t on Thursday, while it’s added that he must now train in north London to continue his pre-season preparations or he will be potentially in breach of his contract.

It sounds as though the situation is becoming increasingly messy, and so it remains to be seen if Arsenal give in and allow him to leave, or hold their ground and insist that Koscielny sees out his contract and is then allowed to move on next summer.

Importantly though, Ornstein adds that Arsenal have received no offers but Koscielny has if he becomes a free agent, but that will matter little unless an agreement is reached with the club on a deal to green light an exit.

Given their porous defence last season, the last thing Unai Emery needs is to lose an experienced campaigner at the back, while this in itself is now an unwanted distraction for the club ahead of the new campaign.

Arsenal/Koscielny talks late last season looked +ve. Back from break, asked for release, refused. Relayed tour decision Wed, confirmed @ Colney today. Flight 1230 without him. Not stripped of captaincy yet, must train or breach contract. #AFC have no offers, he does if free agent