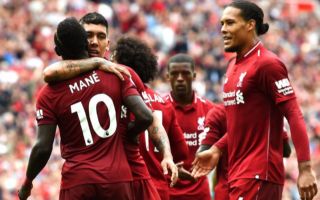 Barcelona are said to have made an enquiry into the possibility of signing Liverpool and Holland star Virgil Van Dijk, and the Spanish giants were met with the expected response in return.

Van Dijk was one of the best players on the planet last year, with the Dutch international seemingly transforming Liverpool’s team during his first full season with the Reds.

The centre-back was pivotal in the Merseyside’s club’s attempts to win the Premier League title, as well as their successful pursuit of Champions League glory.

And it seems like the 28-year-old’s form last year has caught the eye of Barcelona, as journalist John Cross noted in his column in the Mirror recently that the Blaugrana had made a transfer enquiry in regards to the player’s availability.

However, as also noted by Cross, Barca’s enquiry was shunned by the player’s representatives, with the Spanish giants then not bothering to pursue the player any further.

The response to Barcelona’s enquiry should not have been a shock to anyone who knows just how important the player is to Liverpool and their system.

Van Dijk seems as happy as ever right now, and him leaving for any other club in the world seems like an impossibility at this moment in time.

We doubt Liverpool would’ve allowed Van Dijk to leave no matter which club came in for him, and rightly so given how good he’s been for the Reds these past 18 months!

Photo: Liverpool star Virgil van Dijk spotted with the national team as he entertains the subs at half-time vs Scotland Jun 2 2021, 20:53
Liverpool FC

Liverpool in talks with AC Milan star as Jurgen Klopp prepares to strengthen his side ahead of the 2021/22 campaign May 28 2021, 10:44
Liverpool FC