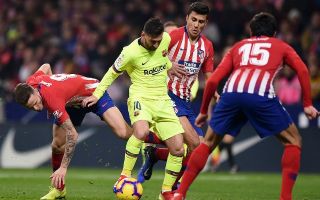 Liverpool have reportedly been in touch with Atletico Madrid right-back Santiago Arias about a summer transfer to Anfield.

The Colombia international is said to have instructed his agent to get him a new club this summer, and Liverpool seem to be keen, according to Don Balon.

The Reds have been in touch to discuss a transfer, with Atletico seemingly prepared to sell for around €15million, according to Don Balon.

It’s not clear why Arias would be a priority for Liverpool this summer due to them already having the excellent Trent Alexander-Arnold as first-choice at right-back, while Joe Gomez can also play there as a backup option.

Still, Arias has shown himself to be a solid and reliable performer in that position down the years, so could make a decent experienced squad player to have around.

The 27-year-old arguably showed the best form of his career in a five-year spell at PSV, but he’s also got 45 caps for Colombia under his belt.