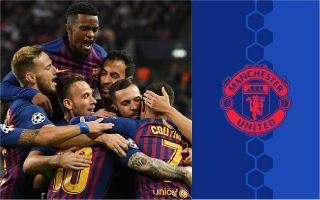 Barcelona are reportedly ready to sell Ivan Rakitic for a substantial fee this summer in what should be positive transfer news for Manchester United.

It was recently claimed that Man Utd had tried a bid for Rakitic due to Ole Gunnar Solskjaer being worried over Paul Pogba’s situation at Old Trafford, according to Sport.

And now, it seems the Croatia international is one of the players Barca would be willing to cash in on for the right price this summer as they look to raise funds for the signing of Neymar, according to Sky Sports.

It remains to be seen what kind of money would do the tick from United to persuade Barcelona to let Rakitic go, but fans would surely welcome the experienced midfield man.

Rakitic has been a key part of the recent success at the Nou Camp, winning four La Liga titles, the Champions League and other major honours in his time at the club.

The 31-year-old would likely be an upgrade on the likes of Nemanja Matic and Fred, as well as helping cover for the loss of Ander Herrera and potentially Pogba too.

Pogba’s agent has been quoted in the Times as admitting his client wants to leave MUFC this summer.

Agreement reached: Barcelona star having medical today ahead as he closes in on transfer to La Liga rivals Aug 31 2020, 14:28
FC Barcelona

Barcelona star will be cutting salary in half in order to seal exit with deal close Aug 28 2020, 13:20
FC Barcelona