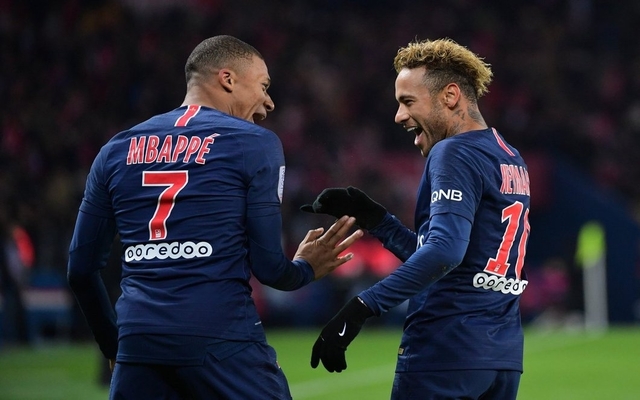 Real Madrid are reportedly ready to join Barcelona in the battle to seal the transfer of Paris Saint-Germain superstar Neymar this summer.

The Spanish giants seem keen to beat their bitter rivals to this huge potential deal in what Sky Sports are dubbing the ‘transfer battle of the summer’.

Neymar is unquestionably one of the best footballers on the planet on his day, though he comes with a lot of baggage.

The Brazil international has not really made the desired impact in his two seasons at PSG so far, and may well remain unpopular with Barca supporters over the manner of his departure from the club in 2017.

Still, Sky Sports link the Catalan giants as eager to bring Neymar back for a second spell and form a dream front four alongside Lionel Messi, Luis Suarez and another transfer target Antoine Griezmann.

The report also claims Los Blancos would be prepared to sell a number of big names for big fees to help fund this move.

Real Madrid, however, will likely be fierce competitors and are used to bringing in the ‘Galactico’ signings they want.