Manchester City are set to renew their interest in Brazilian full-back Dani Alves, who is now a free agent after leaving Paris Saint Germain.

The 36-year-old spent the last two years of his career in France, after moving to Parc des Princes from Juventus, racking up 65 appearances for the Ligue 1 champions across all competitions.

The ex-Barcelona superstar won six trophies during his time at PSG, but his contract with the club expired at the start of the month and he is now available on a free transfer.

According to Globoesporte, Pep Guardiola is eyeing a reunion with Alves at Man City, as he aims to bolster his options in defence ahead of the new Premier League season.

A transfer approach from City is now imminent, but another club are also reportedly interested in landing the veteran defender, who won the 40th title of his career with Brazil at this summer’s Copa America.

Alves is the most decorated player of all time and he continues to defy his age with outstanding performances at both club and international level. 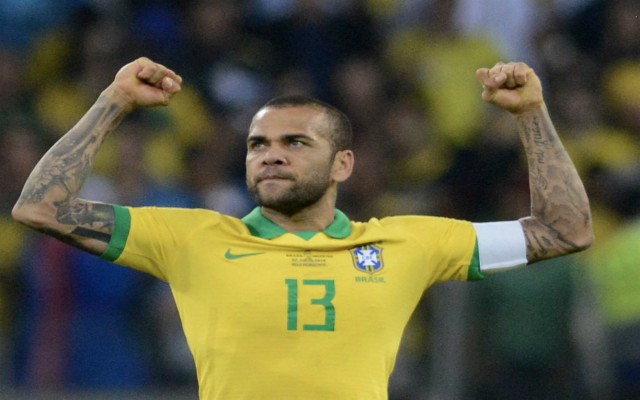 Kyle Walker is Guardiola’s first choice right-back at the Etihad Stadium, but a former Juventus star has the quality and experience to fight the Englishman for a regular spot in the team.

The prospect of the pair linking up again at City is a tantalising one, but the Premier League champions will have to move quickly or risk missing out on a bargain signing.

Guardiola’s side won a domestic treble last season, but the Champions League remains elusive for City and Alves could help the club finally break their European hoodoo in 2020.