Arsenal may have a found a bargain option to solve one of their key defensive problems, this youngster could be ready for a step up after an impressive season.

According to Football.London, Arsenal are monitoring highly-rated Stevenage defender Luther James-Wildin, it’s understood that the Gunners sent scouts to watch the right-back in The Boro’s preseason friendly against Wingate and Finchley on Tuesday.

The report highlights that the north London club sent scouts to watch over the talented youngster on several occassions last season, the athletic ace made 39 appearances for his side in League Two.

Football.London understand that the ace is valued at £1m, the Gunners should seriously explore the former Nuneaton star’s signing – could Unai Emery develop James-Wildin into a fully-fledged first-team star in the future? 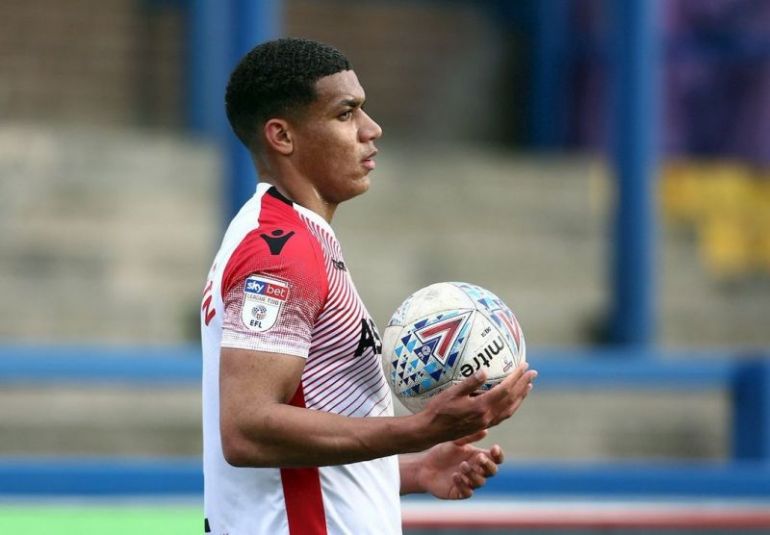 James-Wildin was named Stevenage’s Young Player of the Year after his impressive performances last season.

The Gunners are seriously lacking at right-back, talented youngster Ainsley Maitland-Niles has moved out of his natural position in midfield to fill in for Hector Bellerin’s, following his long-term knee injury.

Arsenal outcast Carl Jenkinson is currently the only other senior player who can play at right-back, experienced defender Stephane Lichsteiner left the Emirates this summer and youngster Jordi Osei-Tutu is currently out on loan.

Unai Emery’s side are in desperate need of reinforcements and James-Wildin has the potential to be a useful signing.