Manchester United seem to have given up in their pursuit of Premier League stars Issa Diop and Harry Maguire, the Red Devils have turned their attention to this defender.

According to the Express via French publication L’Equipe, Manchester United are interested in signing 18-year-old Monaco starlet Benoit Badiashile, it’s understood that Ole Gunnar Solskjaer wants to prioritise the signing of a centre-back after adding Daniel James and Aaron Wan-Bissaka to his squad so far this summer.

United also cooled interest in West Ham defender Issa Diop earlier this summer after the Hammers demanded around £50m for the Frenchman.

Badiashile is a much more cost-effective signing for the Manchester outfit, it’s understood that Monaco value the star at €35m (£31.5m), the youngster showed promise for the French side last season. 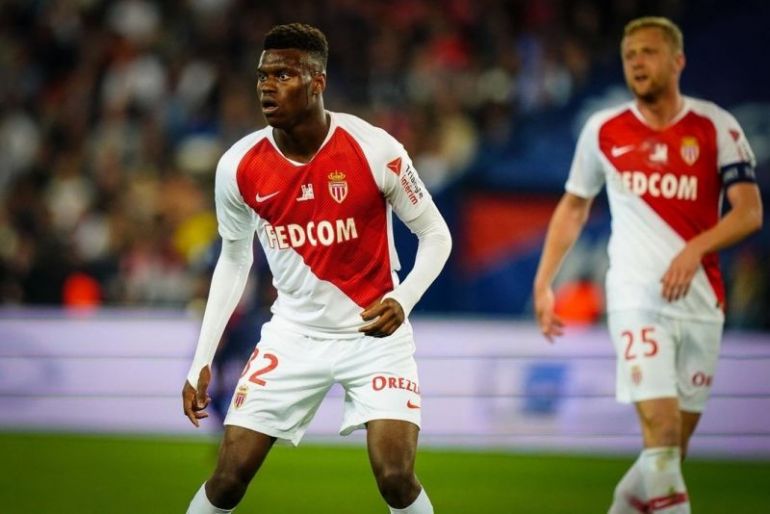 Badiashile in action for Monaco.

United will have to battle with one of their Premier League rivals to land the ace’s signature though, according to Birmingham Live via L’Equipe, Wolves are preparing a loan-to-buy offer for the highly-rated youngster.

Badiashile made 24 appearances for Monaco across all competitions last season as the French giants narrowly avoided relegation from France’s top flight.

The ace – of Congolese decent, looks every bit like a modern centre-back. The 18-year-old is very athletic and he’s also shown that he’s very comfortable on the ball and it’s obvious to see that the youngster likes to play out from the back – something that will excite United fans.

The star has been capped through Under-16 to Under-19s level for France, Solskjaer is eyeing young and hungry players as the foundation of his rebuild at United and Badiashile certainly fits the bill.

The Red Devils are in desperate need of bolstering their defence this summer, the Old Trafford outfit leaked goals last season and Solskjaer needs to transform the side’s underperforming backline if he is to have any hope of returning United to their former glory anytime soon.