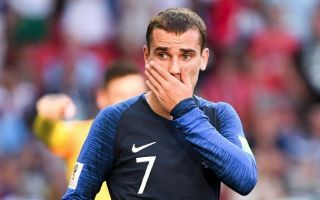 It was a transfer that had been mooted for some time before Barcelona finally confirmed it was a done deal on Friday.

Barca paid a transfer fee of €120million and handed Griezmann a five-year contract, as reported on their official website, but there appeared to be little information in the media about how much he will be earning at the Nou Camp.

However, SPORT cited a report by MARCA earlier in the week stating prior to the announcement of the deal that Griezmann’s five-year contract will see him earn an average salary of €21m – nearly €404,000 per week – the same figure he was said to be on at Atletico.

The report claimed that Griezmann will take an initial pay-cut, with his first two seasons seeing him earn €18m per year (€346,000 per week), followed by €21m in year three, then €23m and €25m in the following two years.

READ MORE: Griezmann’s potential Barcelona squad number revealed, and it’s not good news for one of his teammates

Griezmann will not be the highest earner at Barca. Unsurprisingly that will remain Lionel Messi. Forbes reported last month that Messi was the highest-paid footballer in the world with total annual earnings of €127m.

Messi is currently on a contract he signed in 2017. Two Forbes sources reported shortly after he signed that deal that it would see him earn €667,000 per week – which would account for €34,684,000 of his yearly income. The rest will be made up of bonus payments and sponsorship deals.