German giants Bayern Munich are eyeing a move for this Champions League finalist, the star is valued at around £30m, will the Premier League star move to Germany?

According to Sky Sports, Tottenham Hotspur full-back Kieran Trippier is on a shortlist of potential right-back targets for Bundesliga champions Bayern Munich, it’s understood that the Bavarians are keen on signing a backup for Germany international Joshua Kimmich this summer.

Trippier has attracted the interest of several European giants this summer, it’s understood that Atletico Madrid and Juventus are interested in the England international – whilst a move to Napoli is also on the cards, with the report stating that the defender’s family have visited Naples.

According to The Times (subscription required), Tottenham are ready to part ways with Trippier for a fee in the region of £30m, despite his unflattering performances for Spurs last season Trippier remained the club’s first-choice at right-back.

Sky Sports reported that both Trippier and Serge Aurier have been made available by the north London club this summer, this suggests that Spurs are keen on moving in a new direction at right-back ahead of next season. 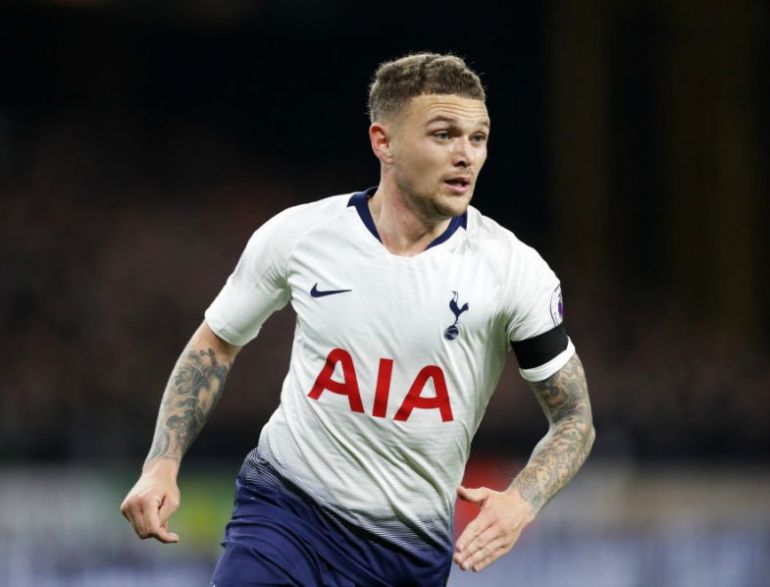 The 28-year-old has made 114 appearances for Tottenham during his four seasons in north London, the star held his own against Kyle Walker before the star’s switch to Manchester City and he’s developed into a important player for England under Gareth Southgate.

Trippier’s main qualities is undoubtedly his crossing ability, however, the star’s distribution and overall performances for Mauricio Pochettino’s side were less than impressive last season and it looks as though Tottenham are keen on moving forward with a new face at right-back next season.

The former Burnley lad has also shown that he’s tireless runner in recent years, this will be key for Bayern as their full-back’s are expected to get up and down the flanks as they look to dominate their domestic rivals.

With Trippier’s main qualities being in the attacking third, this makes him a serious contender to be backup to Kimmich.