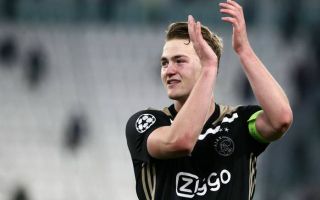 Ajax defender Matthijs de Ligt is reportedly edging closer to a move to Juventus as it’s claimed that the two clubs have agreed on a €70m fee.

As noted by the Metro, the likes of Barcelona, Manchester United and Paris Saint-Germain have all been linked with a swoop for the 19-year-old this summer.

It comes after a stellar campaign in which he led Ajax to a domestic double and the Champions League semi-finals, while also establishing himself in the heart of the Netherlands defence.

With superb defensive qualities as well as experience at the highest level coupled with leadership and an attacking threat on set-pieces, De Ligt has been one of the most sought-after players in Europe this summer, and for good reason.

Now though, De Telegraaf report that Juventus have reached an agreement with Ajax on a transfer fee, as De Ligt will cost them around €70m.

However, as per the Metro report above, it’s said that will be the initial fee, while De Ligt could end up costing the reigning Serie A champions €82m in total with bonuses included.

Further, it’s noted that he has already agreed on personal terms which will see him earn €12m-a-season, and so it looks as though Barcelona, Man Utd and PSG have all missed out to the Turin giants as talks are seemingly now at a very advanced stage.

With the likes of Leonardo Bonucci and Giorgio Chiellini on the wrong side of 30 coupled with the retirement of Andrea Barzagli this summer, Juventus swooping for De Ligt as a long-term solution in that department seems like a sensible move.

It will be a huge disappointment for the other sides linked with a swoop though, especially United as they conceded 54 goals in 38 Premier League games last season, giving them the worst defensive record of the top nine sides in the standings.

In turn, De Ligt could have been an ideal solution for Ole Gunnar Solskjaer, but they’ll have to look elsewhere now it seems, along with Barca and PSG, as Juve look to be on the verge of making a major statement signing for new coach Maurizio Sarri. 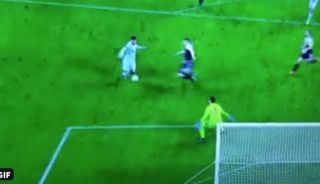