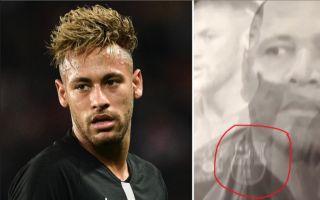 PSG and Brazil forward Neymar has seemingly fuelled rumours that he’s to return to Barcelona this summer, after the winger posted a video of a drawing of him in a Barca shirt onto his Instagram story.

Barcelona president Josep Maria Bartomeu confirmed earlier this month that Neymar wants to leave PSG, with Don Balon stating that Barca are keen to bring him back to the Nou Camp.

And recently, a post on Neymar’s Insta story has fired up rumours that he’s set to return to Catalonia.

As seen in the video below, Neymar posted a drawing of him in a Barcelona shirt onto his story, something that will surely only fuel rumours that he’s to seal a move back to his old club this summer.