It’s not been easy for Arsenal in the transfer market this summer, so you would have thought there was some positive news when reports emerged that they had met Celtic’s asking price for Kieran Tierney.

Alas, if only things were that simple…

The Scottish Sun had noted yesterday that the Gunners have submitted an offer of £25M for Tierney, with the BBC stating that this offer is made up of a number of instalments.

MORE: Arsenal could be forced to wait until next summer to land key transfer target

However, despite this, a report from the Daily Record, that was published this afternoon, states that a deal for the player is ‘some way off’, with it also being stated that the Gunners’ offer isn’t one that satisfies Celtic’s valuation of the Scot.

We suspect that this may be down to Arsenal’s offer being made up of instalments, with Celtic most likely wanting most of that £25M upfront.

Any transfer would likely break the record transfer fee paid for a Scotsman, with the current record belonging to Oliver Burke when he moved to West Brom for £15m (fee as per the Guardian).

It’s unlikely that Tierney is going to be fit for the start of the new season, as a report in the National states he’s having issues due an old injury flaring up, and that he could be out for up to a month according to manager Neil Lennon.

Tierney has started over 100 league games for Celtic and has 12 Scotland caps to his name despite being second choice to Liverpool’s superb defender Andy Roberston.

Tierney is a left back with blistering pace in his locker, and is one who loves to attack.

However, the player can also defend as well, and would be a great signing for Arsenal should they be able to complete a deal for him this summer. 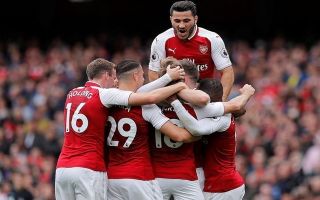