Arsenal fans have been given some bad news, after the agent of Nicolas Pepe seemed to rubbish talk of the Gunners submitting an £71.8M offer for the winger.

According to Telefoot, via L’Equipe, the north London side had submitted an offer of €80M (£71.8M) for the player, with it then being stated that the player’s agent had confirmed that this offer had been made.

However following this, Pepe’s agent, Samir Khait, has rubbished these rumours according to the Metro, as when questioned about the rumours of him confirming the offer, he simply replied “Oh, really?”.

The Metro note that Pepe has been linked with a move to the Gunners this summer, and we’re sure this news of a potential offer would’ve had all of their fans excited.

However following his agent’s words, that excitement looks set to be short-lived.

Unai Emery’s side could do with adding to their options out wide, especially when you consider the Spaniard only really has Henrihk Mkhitaryan and Alex Iwobi to pick from in that area. 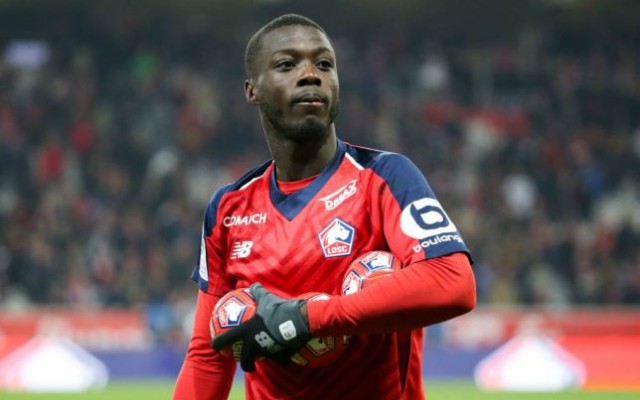 Pepe burst onto the scene with Lille last year, as the Ivory Coast international set Ligue 1 alight with his blistering pace and knack for goal-scoring.

The winger bagged a hugely impressive 22 goals and 11 assists in the league last year, as he helped Lille achieve a top three finish and the Champions League football that comes with it.

Whether Pepe leaves Lille this summer is something that remains to be seen, however given this report, it doesn’t look like he’ll be joining Arsenal for the time being.