There can be two giant downsides to publicly losing one of your star players for a high price.

Obviously your team is weakened, but additionally, everyone knows how much money you have to spend on the replacement.

And it seems like Brendan Rodgers’ Leicester City may have fallen victim to this.

The Sun initially reported earlier that Man United had agreed a deal to sign Harry Maguire in a move that could total £80m, which would be a world record-fee for a defender.

Within a couple of hours, The Sun then reported that Leicester have agreed to sign Lewis Dunk from Brighton for £45m, with the England international set to replace Maguire once the 26-year-old completes his move to Old Trafford.

Dunk is a solid, established Premier League defender, however we doubt the fee for him would’ve been that high if the details of the Harry Maguire transfer weren’t so widely known.

Ignoring a two game loan spell at Bristol City, Dunk has played his entire career at Brighton, amassing 242 league appearances, with the player even helping the club go from League One to the Premier League during his time there.

He also has one England cap, which came after he played against the USA in a friendly that took place last year. 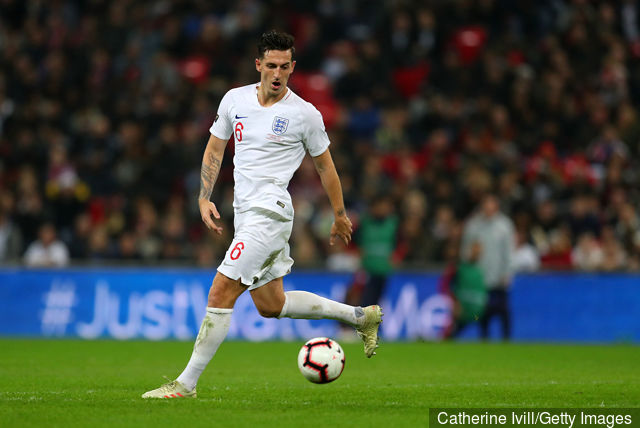 Lewis Dunk in action for England

Leicester may find it difficult to replace Maguire given his outstanding defensive ability and the way he can maraud forward whilst bringing the ball out of defence.

The Sun’s report states that Brendan Rodgers wanted either James Tarkowski or Lewis Dunk to replace Maguire, and given this news, it seems like the former Liverpool boss has gotten his man.

Rodgers’ teams at Liverpool and Celtic were always a bit suspect defensively, and often found out when playing against better opposition.

Leicester fans will surely be worried following this news regarding Maguire, with it remaining to be seen as to how good a replacement Dunk will be for him.