Manchester City’s preseason plans are up in the air (forgive the pun) after the Premier League champions had a second flight to China cancelled this evening.

According to the Manchester Evening News, Manchester City’s plans to travel to China to kickoff their preseason tour in the Far East have been well and truly grounded after the club’s second successive flight to Shanghai was cancelled this evening.

It’s understood that Pep Guardiola’s side were set to leave for Shanghai at 8pm tonight. The Sky Blues were originally disrupted last night and it looks as though they can’t catch a break.

The MEN’s report states that the same “unforeseen administrative issue” that saw City’s first flight cancelled is also the reason why the club weren’t allowed to head off to the Far East earlier this evening.

City need to get to China as soon as possible, as they’re set to face West Ham in their first fixture in the Premier League’s Asia Trophy on Wednesday.

Fortunately, City’s stars won’t be too disappointed by the setback as none of Guardiola’s 26-man travelling squad got as far as the airpot tonight, none the less the club will be frustrated to see another setback hinder the start of their preseason. 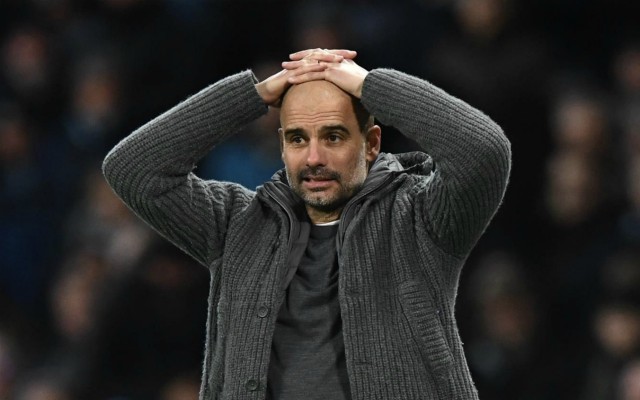 Just how big a setback will this be for City?

Here is a statement from City regarding the cancellation, obtained by the MEN:

“Due to an unforeseen administrative issue beyond the club’s control, which is being resolved, regrettably, we will embark on our pre-season tour a little later than intended.”

Guardiola will be raring to get his stars into gear, the Citizens will be hoping to prove themselves as one of the Premier League’s best ever teams by winning the Premier League title for the third successive season next year.

It looks as though Guardiola will have to wait before he can get his star’s back to peak condition because of the delays that they are facing, fans will b hoping that the setback isn’t too serious and that the team will be fully prepared for their mammoth Community Shield clash against Liverpool on August 4.