West Ham are doing all they can to bring in a new striker for next season, however one player that won’t be joining them is Maxi Gomez, as the forward has just completed a move to La Liga giants Valencia.

Yahoo Sport has reported that the transfer fee is to be an initial €14m, with the move also seeing former Celta Vigo player Santi Mina return to the club on a permanent basis, and youngster Jorge Saenz moving the opposite way on a two-year loan.

They also report the player’s contract with Valencia contains a huge buy-out clause of €140M.

The Guardian previously reported the Hammers had agreed to pay the player’s €50m release clause, however despite this, the Uruguayan has now opted to stay in Spain and play Champions League football next season. 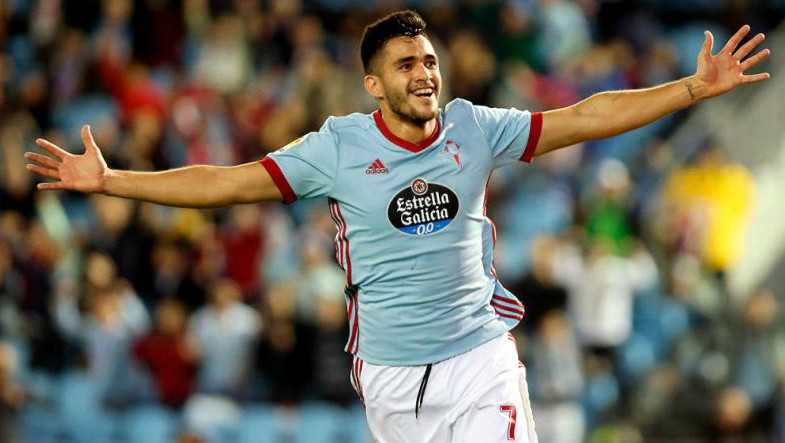 Gomez had scored 30 goals for Celta since joining them back in 2017, with the forward also bagging two goals in 12 games for Uruguay.

Its easy to make comparisons with fellow prolific Uruguayan’s Luis Suarez and Edinson Cavani, with Gomez more reminiscent of the PSG front-man given his height and physical ability.

Although Valencia have struggled to match the feats they achieved during the early 2000’s, they enjoyed a great season last year, as Los Che qualified for the Champions League and became Copa Del Rey winners.

His physicality and aggression would have been interesting to see in the Premier League, but you can’t blame him for wanting to join a more successful club, one who’s going to be playing against Europe’s elite next year.