Philippe Coutinho’s agent, Kia Joorabchian, has been discussing his client’s future amid speculation linking him with Liverpool and Man Utd this summer.

As noted by the Metro last month, the Brazilian playmaker was paired with a surprise move to Man Utd, a switch that would have been considered a shock for many given his history with rivals Liverpool.

SEE MORE: Liverpool interested in Real Madrid duo in potential blow to Arsenal and Tottenham – but transfer carries risk for Reds too

However, a report from Calciomercato on Sunday suggested that the Merseyside giants were formulating a plan to take him back to Anfield from Barcelona, one that would see him join them on a two-year loan deal with an option to buy for £88m.

That offer is specifically mentioned in the talkSPORT report below too, as Joorabchian responded to it and made it pretty clear that Barcelona don’t have any intention of letting Coutinho leave this summer.

“Bartomeu was very clear with me, saying he doesn’t want the player to leave and he has a future there,” he told talkSPORT. “As things happen in football, sometimes players feel a bit uncomfortable about somewhere, sometimes it’s the clubs that just don’t quite fit.

“If that happens obviously we’ll decide what’s best for Philippe, but at the moment we’re being told that’s not happening, it’s fine.”

Meanwhile, he also ruled out the chances of seeing Coutinho move to Old Trafford, as he insists that his connection with Liverpool and their fans still means a lot to him and he wouldn’t want to tarnish that by joining their bitter rivals.

“Manchester United is a great club, I have players there and I have all the respect for them, but as far as Philippe goes it would be an extremely difficult to a near-impossible move,” he added.

“I would be very difficult for Philippe to play for any of Liverpool’s rivals, because he has such a great affinity towards Liverpool. His time there was fantastic.

“A lot of these guys who leave Liverpool remain Liverpool fans because of the fans and the passion they have. So it would be hard for him to go to a rival.”

There is no denying that Coutinho has struggled significantly since joining Barcelona, as he hasn’t been able to showcase his best on a consistent basis at any point.

Coupled with the signing of Antoine Griezmann this summer, that could have led to further question marks over his future with the Catalan giants, but Joorabchian has seemingly dismissed them and has made it clear that a neither a move back to Liverpool or to rivals Man Utd is likely to materialise before the start of the new campaign. 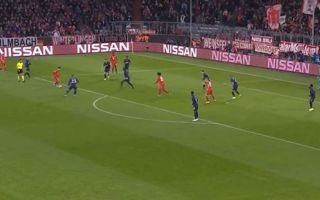