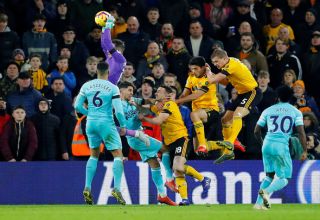 Tottenham are reportedly one of the clubs lining up a transfer raid for Newcastle goalkeeper and rumoured Manchester United transfer target Martin Dubravka.

It seems Spurs are keen to bring in a new ‘keeper this summer, which perhaps makes sense on the back of some worrying signs of decline from Hugo Lloris last season.

MORE: Manchester United in talks to complete £166million TRIPLE transfer to end the summer in style

According to reports, Tottenham want Dubravka to come in and put pressure on Lloris, who has rarely faced much serious competition for his place in Mauricio Pochettino’s side.

Dubravka has shone in his time in the Premier League and is also being linked with Manchester United, Aston Villa and some big names around Europe.

It’s claimed the Slovakia international would cost around £12million, with clubs sensing now may be a good time to raid Newcastle as they’re without a manager and in crisis.

Sean Longstaff is also a big name who could leave St James’ Park this summer, as he’s also linked strongly with Man Utd.

Meanwhile, Ayoze Perez has already left the club for a move to Leicester City, following manager Rafael Benitez, and it may be that Dubravka will be the next on his way out.