Liverpool are expected to loan out one of their young talents this week, the highly-rated ace is attracting the interest of several Championship clubs.

According to Goal, Liverpool midfielder Herbie Kane is expected to seal a loan move to the Championship this week, the 20-year-old has many admirers in the English second tier – with Hull, Brentford, Charlton Athletic, Millwall and Luton Town all keen on securing the former England youth international’s signature.

Kane was a standout performer for Doncaster Rovers in League One last season, the all-round midfielder made 49 appearances across all competitions last season – Kane managed to score seven goals and provide 10 assists from midfield.

Kane was integral in his side’s run to the League One Playoff Semi-Finals.

The ace’s impressive performances for Rovers look to have caught the eye of the above Championship clubs and following his impressive season, it seems as though the youngster is ready to step up to next level. 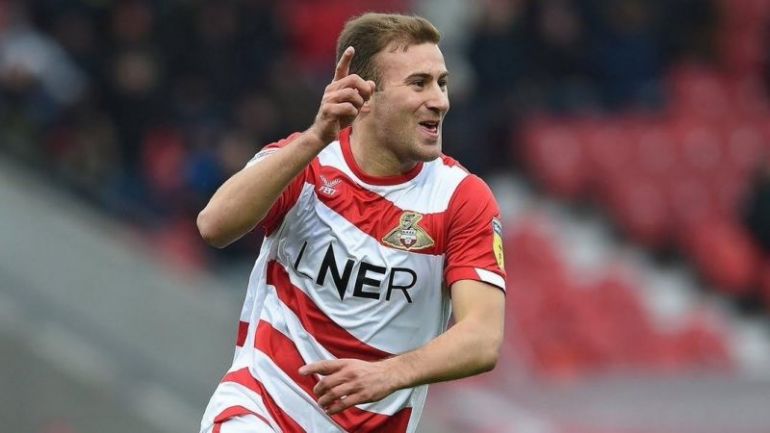 The former Bristol City youngster could favour a move to Hull as they’ve just appointed Grant McCann as boss – McCann was in charge of Doncaster last season.

It’s understood that McCann is keen on brining the ace to Hull on a season-long loan, he’s also made an enquiry to loan winger Ben Woodburn from the Reds.

At international level, Kane has 21 appearances for England’s youth teams – with the bulk of those coming for England’s Under-17s, the star certainly has the pedigree to succeed at the top.

Liverpool’s central midfield ranks are currently stacked, so it’s in Jurgen Klopp’s best interest to loan Kane out for the season, if the ace is impressive whilst away – the chance to break into the Reds’ first-team could arise in the future.