Brazilian winger Malcom has let Barcelona officials know he wishes to leave the club this summer, with Arsenal poised to launch a bid for his services.

The 22-year-old moved to Camp Nou from Ligue 1 outfit Bordeaux last summer for £36.5 million – as per The Guardian – but he endured a difficult first season in Spain.

The Brazil international struggled to establish himself as a regular in Ernesto Valverde’s starting XI and was restricted to just 15 La Liga appearances in total during the team’s title run.

The Sun reports that Arsenal are interested in bringing Malcolm to Emirates Stadium on loan, but Barcelona are only willing to consider a permanent offer.

The Gunners have been handed a major boost in pursuit of the Barca misfit, however, after he expressed his desire to leave the Camp Nou while the market is open.

Catalunya Radio reports that Malcolm’s agent sat down with Barca’s senior officials on Tuesday to inform them he intends to leave, but the club want to receive €60 million for the player to ensure they make a profit on their initial investment.

If Arsenal are able to stump up the cash, they could complete a huge deal ahead of the 2018-19 campaign, but it remains to be seen whether or not they will submit an official bid. 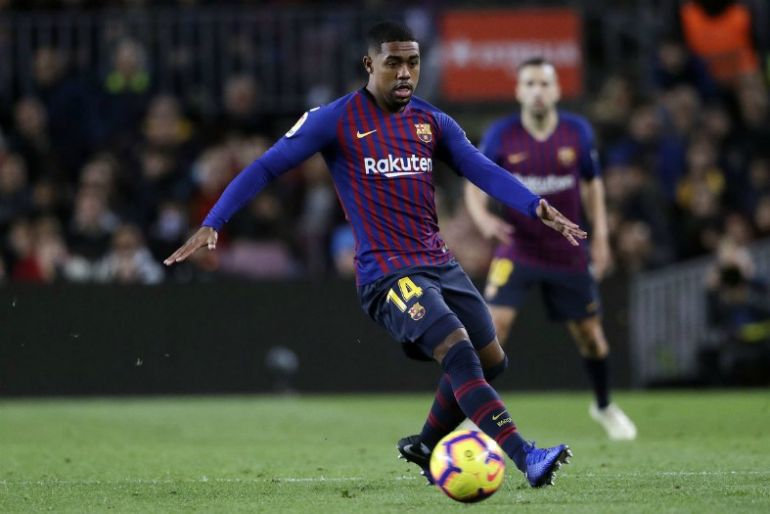 Barcelona could be ready to cash in on Malcom

The Gunners were left short on funds for reinforcements this summer after finishing fifth in the Premier League last season and ultimately failing to qualify for the Champions League.

Unai Emery has only managed to bring in one new player during the window so far – Brazilian attacker Gabriel Martinelli – and time is running out for him to add extra recruits with the August 8 deadline fast approaching.

Despite a difficult debut year in Spain, Malcom remains a hugely talented player with a bright future and he could add an extra dimension to Arsenal’s attack, but he will not come cheap, which means the club might have to consider offloading players in order to help finance any potential deal.