Chelsea are close to agreeing the sale of one of their highly-rated youngsters, the attacker only joined the Blues in the summer of 2017.

According to German publication Kicker, Bundesliga side Hertha Berlin are in the final stretch of negotiations with Chelsea for the signing of talented youngster Daishawn Redan, the prolific attacker will be hoping to be the latest youngster to make a splash in Germany’s top-flight.

It’s understood that Hertha will be paying around £2.5m to secure the Dutchman’s services.

In 34 appearances in Chelsea’s youth ranks last season, Redan managed to score 13 goals and provide three assists, the 18-year-old is one of the Netherlands’ hottest attacking prospects. 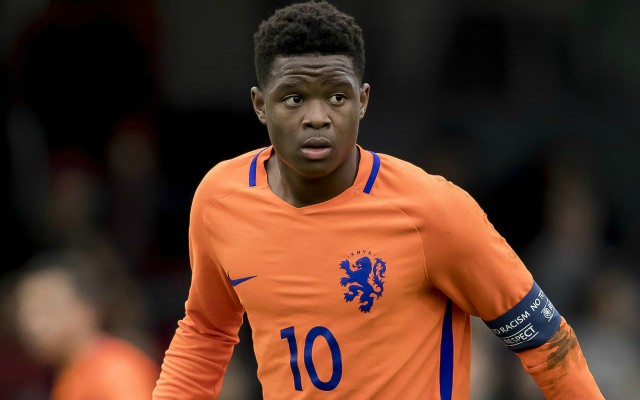 Daishawn Redan joined Chelsea from Ajax in the summer of 2017.

Redan has only been in West London for two years, the ace joined from Dutch giants back in the summer of 2017 and it look as though the 18-year-old isn’t hopeful of his chances when it comes to breaking into Chelsea’s first-team.

Redan has a very good chance to break into the first-team next season as Hertha’s primary attackers Vedad Ibisevic (34) and former Blues star Salomon Kalou (33) are approaching the end of their careers.

The highly-rated striker will be joining another youngster who recently ditched the Premier League for the Bundesliga, Javairo Dilrosun moved to the Bundesliga side from Manchester City last summer.

Redan currently stars for Holland’s Under-19s team where he’s managed to score an impressive nine goals in just 11 outings, the centre forward boasts a phenomenal record for the young Flying Dutchmen.
The ace has scored a sensational 42 goals in 53 appearances for Holland’s youth teams, Redan has the natural goalscoring ability to become a massive star in the future.