According to reports, Manchester United are closing in on a deal to sign this French youngster, the ace has been capped youth level for his country.

According to French publication L’Equipe, Manchester United’s negotiations with Ligue 1 giants Lyon for the signing of Florent Da Silva are at an ‘advanced’ stage, it’s understood that the Red Devils are preparing an offer to buy the ace out of his current contract.

It’s understood that the creative midfielder is currently considering his options, with L’Equipe reporting that the ace is ‘thinking about the best project’ that will allow him to reach his potential in the future. 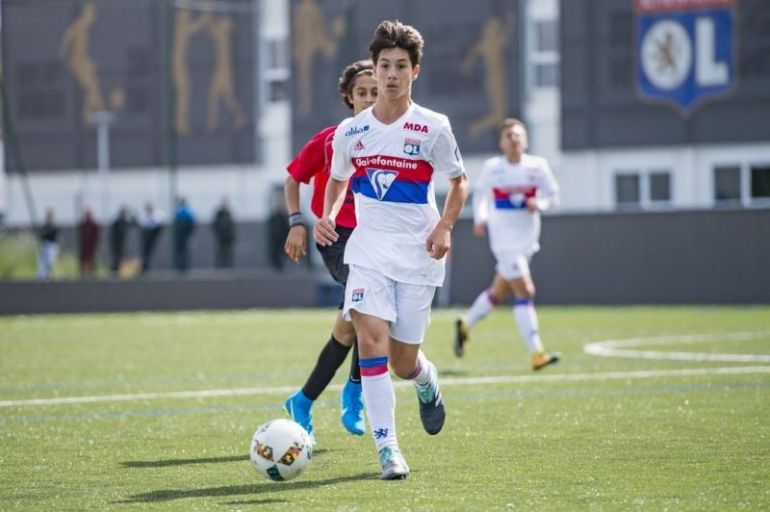 Da Silva is a technical, creative player – something that the Red Devils have been missing in the middle of the park in recent years, the ace – who has two caps for France’s Under-16’s is thought to be attracting the attention of several big clubs so United will have to make their swoop soon to avoid being beaten by their rivals.

Just a year after taking a picture with one of France’s biggest stars, Da Silva is the verge of becoming Paul Pogba’s teammate:

Da Silva’s signing would certainly fit in with Ole Gunnar Solskjaer’s ethos, the Red Devils legend is looking to bring talented youngsters to Old Trafford as he embarks on his mission to transform the fallen Premier League giants.

Whilst Da Silva will be a prospect for the long-term future, the Frenchman could have a good chance of breaking into United’s first-team in the years to come if he can knuckle down and perform in the youth ranks.

Solskjaer has handed several first-team debuts to some of United’s biggest prospects and talented youngsters like Mason Greenwood and Axel Tuanzebe are expected to establish themselves as regular first-team players next season.