We may never know how Olivier Ntcham intended his comments to come across this summer, however according to reports he and Neil Lennon have cleared the air and he still has a future at Celtic Park.

The Daily Record has reported on Neil Lennon’s comments following the French midfielder’s initial outburst where he indicated he wanted to leave the Scottish champions.

Ntcham had originally said: “Celtic has given me a lot, but it’s the best solution for my development. We can do as many matches as we want but, with all due respect for my opponents, if the level in front is not high, you do not progress.

The Daily Record quoted Neil Lennon as saying the Frenchman’s comments had perhaps been taken out of context. He said: “He was disappointed with the way it came across, that wasn’t his intention”

The Sun also reported on the story, stating that the Celtic manager was ready to move on. Lennon had said: “He gave me his side of it and we gave him our side of it and the slate is wiped clean.”

The Sun also reported that Neil Lennon said there had been no offers for Ntcham, so he may not have any option but to stay at Celtic anyway if that is the case. 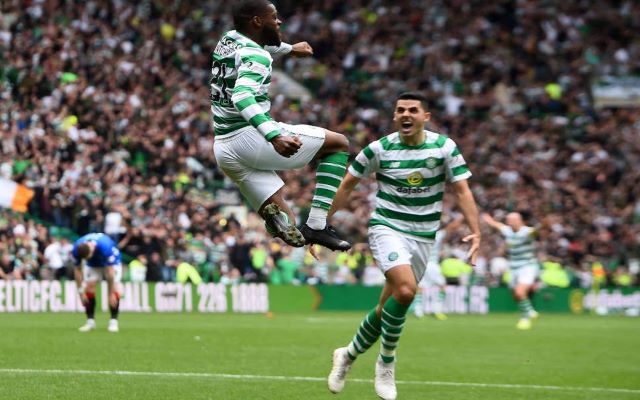 The former Man City youth player wasn’t particularly impressive last season, and found himself on the bench most of the time after Christmas.

It’s hard to believe that Ntcham wasn’t pushing for a transfer, especially when you take into account quotes attributed to him via L’Equipe in an Express article earlier in the month.

The Frenchman had told L’Equipe: “I was really disappointed not to have gone to Porto last summer.”

He also spoke of the interest from Marseille: “If I went to Marseille, I would blossom, I have always signed for clubs with lots of fans.”

It’s hard to blame him for backing down given the terrifying prospect of one to one talks with Neil Lennon on his return, but nobody will be shocked if he starts to agitate for a move again at some point soon.