Real Madrid are said to have received an offer of €50M from Serie A outfit Inter Milan for in-demand star James Rodriguez.

According to Don Balon, Antonio Conte’s side are said to have made an offer of €50M for the Colombian international, as the Italian side look to beat other clubs to the player’s signature.

AS have reportedly recently that Napoli are in the hunt for the former Monaco man, whilst another report from AS has stated that Atletico Madrid are also interested in signing the South American star.

It seems as if a number of Europe’s top clubs are vying for the midfielder’s signature, with Inter seemingly looking to get ahead of the chasing pack by submitting a solid, concrete offer for the player.

Rodriguez has spent the last two years of his career on loan with Bundesliga side Bayern Munich, with the player helping Niko Kovac’s side win two consecutive league titles during that time frame as well. 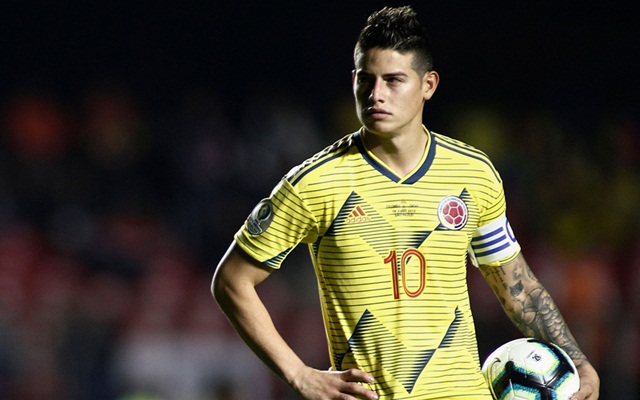 Rodriguez has managed to establish himself as one of the most talented midfielders on the planet during his time in the Spanish capital, thus it’s not really a surprise to hear that a club like Inter are ready to pay €50M for him.

It’ll be interesting to see if Los Blancos accept this offer from Inter, as Zinedine Zidane seemingly looks to continue a major squad overhaul this summer.