It’s one of the toughest choices for a player – go out as a hero or stay too long and possibly ruin your reputation with the fans if it doesn’t go well.

According to Gianlucadimarzio.com, Spurs could be set to lose Fernando Llorente to former Italian giants Fiorentina.

The story reports that Spurs still want to keep the Spaniard for one more year, but the Italians have made contact about a move to Florence. 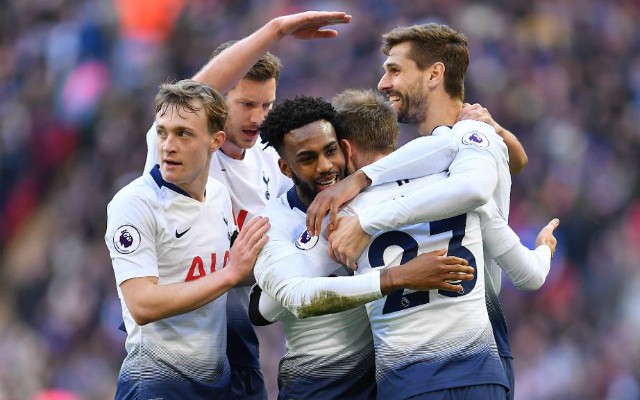 Llorente celebrates with his Spurs teammates

Llorente was brought in as cover for Harry Kane and only managed two league goals in 36 league games for Tottenham, however his performances in the Champions League were pivotal in their run to the final last year.

He scored the decisive goal against Man City in the quarter final, and was successfully deployed as a battering ram against Ajax in the semis. Although Lucas Moura took the headlines with the hat trick, the Spanish international’s contribution can’t be understated as he continually gave the Ajax defence problems.

Kane is undoubtedly the number one choice for Spurs up front, and they have struggled to find a consistent back up with Llorente and Vincent Janssen struggling to push Kane for his starting spot.

Llorente certainly isn’t a long term option for Mauricio Pochettino, but he offers an outstanding aerial threat and could be useful for one more season in London if he was to stay.

Fiorentina were woeful last season as they finished 16th, and although Llorente won’t evoke memories of former great players like Luca Toni and Gabriel Batistuta, he could be a decent partner for Giovanni Simeone if he were to make the move.