AC Milan are interested in signing Lyon winger Memphis Depay after positive discussions with his agent over a possible deal on Wednesday.

The ex-Manchester United star has successfully repaired his damaged reputation since leaving Old Trafford in 2017, helping Lyon challenge at the top of Ligue 1 while emerging as one of the finest players in France.

The 25-year-old endured a torrid two-year spell in Manchester under both Louis van Gaal and Jose Mourinho, failing to earn a regular place in the team before being sold to Lyon for £16 million – as per the Telegraph.

Depay has contributed 34 goals and 30 assists in 89 Ligue 1 appearances in total for Lyon over the last two-and-a-half seasons and he could now be set for another chance at the highest level. 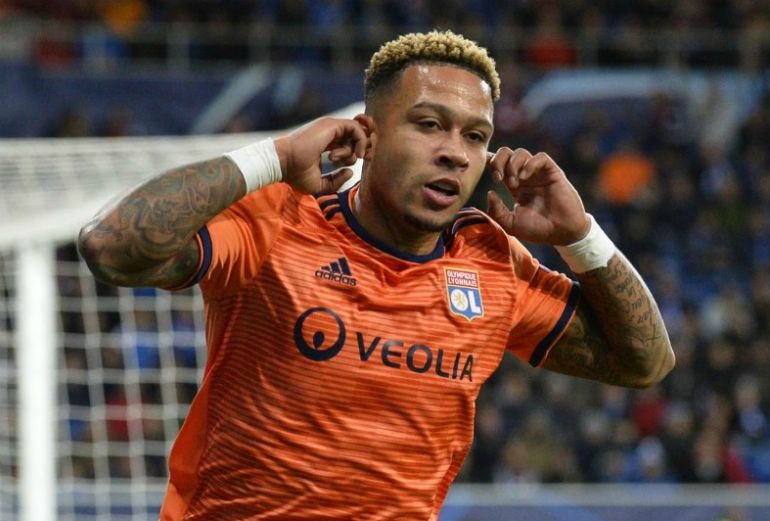 Calcio Mercato states that Atalanta are reluctant to sell a prized asset, but Depay is expected to leave Lyon before August’s transfer deadline.

Marco Giampaolo will be aiming to help Milan return to the very top of Italian football next season, after a frustrating transitional period for the club which has dragged on for almost a decade.

Depay would be a valuable addition to his ranks, especially if he can replicate the electrifying form he has shown on a consistent basis in France.

It remains to be seen whether or not Milan will launch a formal bid for the Dutch attacker, but Italy now looks like his most likely next destination ahead of the 2019-20 campaign.

Manchester United fans may follow this saga with interest, as the Manchester Evening News have previously reported on the player having a buy-back clause that could see him return to Old Trafford, as confirmed by former manager Jose Mourinho in the aforementioned report.

Given the poor form of the likes of Alexis Sanchez, Anthony Martial and Jesse Lingard, the prospect of re-signing Depay could soon look a very attractive one if the option is there.

One imagines if Milan step up their interest, there could be some consideration from United’s end about bringing this former star back to Old Trafford for a second chance, as he was young and raw in his first spell but looks to have improved significantly since then.