Tottenham Hotspur defender Jan Vertonghen has said that Spurs are the best club to play for at the moment but did not say anything about extending his contract at the club.

The Belgian defender has entered the final 12 months of his current deal at Spurs but is yet to sign a new agreement.

Vertonghen has been an integral part of the Spurs side since joining them from Ajax in the summer of 2012, as the 32-year old has made 286 appearances for the north London side.

Last season, he made 34 appearances under Mauricio Pochettino, which shows that he remains a key figure for the Tottenham boss.

The Belgium international also played a key role in his team’s run to the Champions League Final and was subsequently named in the Team of the Season, as they look to build on that this coming season.

Given how Vertonghen has played for them lately, Tottenham would certainly love to see him extend his stay at the club.

Vertonghen isn’t the only player who has entered the final 12 months of his Spurs contract as his compatriot Toby Alderweireld also sees his current deal run out next summer. The contracts of Christian Eriksen and Vincent Janssen also expire next summer, and so there are big decisions to be made at the club as Pochettino will surely hope to strengthen rather than have to replace key players. 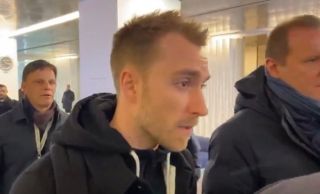