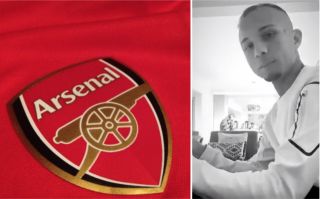 Brazilian international Everton Soares has been caught learning English, something that comes amid reports that Arsenal are closing in on a €40M deal for him.

According to Calcio Mercato, unnamed reports in Italy have stated that Unai Emery’s side are closing in on a deal worth €40M for the winger, and it seems like there could be some substance to this if the player’s recent actions are anything to go off.

Brazilian star Everton is currently taking English language lessons, preparing himself for a move to an English club. ? pic.twitter.com/u9UCoKQ508

As seen in the video above which was posted on Instagram, Everton has seemingly been learning English, something that could suggests he’s preparing for a move to England, and potential Arsenal, this summer…