Modern soccer players are among the most popular celebrities in the world. The top superstars from this global sport are household names, even among people who don’t closely follow the games.

Getting your name associated with a top soccer player these days can cost you quite a lot of cash. And if there is one thing that casino brands have plenty of these days, that is cash!

Since there is a clear synergy between sports and gambling, it makes all the more sense to associate your brand with a big star. Over the last two decades, the profile of online casinos and sportsbooks has grown exponentially.

Many stars and top clubs have earned a lot of money as a result, through lucrative sponsorship and brand promotion deals with casinos and other bookmakers. Here are some of the more eye-catching deals from recent times:

Soccer players don’t come any larger than life than this hulking Swedish striker. No stranger to controversies, the outspoken player has created headlines with his comments as well as acrobatics on the field. Check out one the cool ads.

Many image-conscious soccer players might think twice before taking up a sponsorship offer from the gambling sector. But Ibrahimovic is not your average soccer player. In fact, he is not even the average superstar!

The serial winner of trophies in all major leagues decided to take the bold step of lending his name and fame to the online bookmaker Bethard. Not only did he become their ambassador, Zlatan even invested the company shares.

The deal happened in early 2018 when Zlatan was playing for LA Galaxy in the American soccer league MLS. When the deal with Bethard was struck, Ibrahimovic came under a lot of flak from anti-gambling organizations, especially in his native Sweden.

Never one to back down from a fight, Zlatan added fuel to fire by asking his critics to first deal with Svenska Spel, the government-owned gambling monopoly in Sweden.

Things did not end too well for Zlatan, as he was forced to end his contract with Manchester United, due to strict rules in England against players associating with gambling brands. 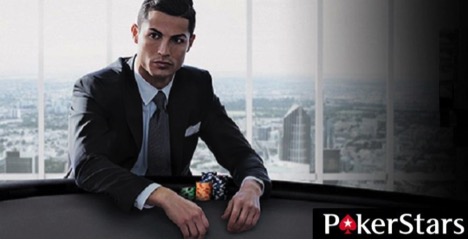 PokerStars is a name you will hear often in any discussion about the top soccer stars and their gambling sponsorships. The online poker company has made it a habit to rope in some of the biggest stars in international soccer as part of their marketing. Check out a recent ad.

With hundreds of millions of fans across the world and millions of followers online, the former Real Madrid player is certainly among the top two names in soccer in the last decade.

But not many people may be aware of this little fact – CR7, as he is known affectionately among his fans, is not just a gifted player on the soccer pitch, but also at a poker table. A lifelong poker enthusiast, Ronaldo has confessed his love and passion for the game.

So his patronage of the PokerStars brand seems to be a very organic and natural step indeed. He even beat Breaking Bad star Aaron Paul, who is also another excellent poker player, in an epic duel.

The deal, which was struck in 2015, lasted for well over 2 years. It was finally terminated in 2017 by PokerStars, though they gave no formal explanation.

Neymar Jr is Brazil’s biggest soccer star since the days of Rivaldo, Ronaldinho, and the other Ronaldo. And he has been spending the last half a decade or more in the shadows of Messi & Cristiano Ronaldo.

But at least when it comes to inking deals with PokerStars, Neymar was one step ahead of Cristiano. The company added Neymar to Team PokerStars a few months ahead of their deal with the Portuguese star.

Much like Ronaldo, Neymar is an accomplished player of Poker. He has even stated his desire to take up the game seriously once his soccer-playing days are over.

As for his days with PokerStars, they came to an early end in 2017, around the same time the company decided to drop Cristiano from their roster.

The Uruguayan striker was at his mesmerizing best playing for Liverpool in 2014, when 888 Poker came knocking with a lucrative sponsorship offer. He was unveiled as the official face of the brand, along with other big names in sports, including Aussie cricket legend Shane Warne.

But this union only lasted a few months, thanks to the antics of the Uruguayan at the 2014 World Cup. During a now infamous incident in a match with Italy, Suarez bit the Italian defender Giorgio Chiellini.

The incident became highly controversial and Suarez lost a fair few sponsorship deals as a result, including the 888 Poker deal. But it was not all bad for Suarez as he finally secured his dream move to Barcelona that same year.

Given the craze for gambling, especially ‘pokies’ in Australia, the lack of soccer players in online casino marketing is quite surprising. A lot of that might have to do with the strict gambling regulations in Australia. Still, that hasn’t affected the growth of online pokies there, and the online selection is quite big indeed. 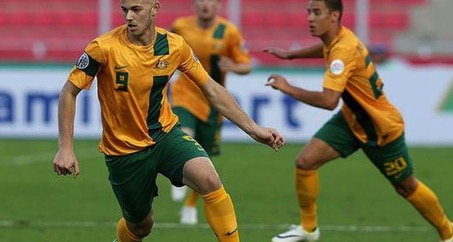 Another reason could be the level of soccer there. The country is still a middleweight power, with no global superstars. And many of its top players ply their trade in the English league, which nowadays has strict rules against the player endorsement of gambling and online casino brands.

So you will not find many instances of Aussie players aligned with online casinos in their individual capacities. But one of the quirks of modern English soccer allows casinos to freely sponsor club kits.

Since the early 2000s, several Australian players have had their faces linked to major online casino brands as a result of their clubs, including:

The Future is Bright for These Stars

Sponsorship deals only seem to be getting bigger and better and the sports stars know that they have a massive choice of which brands they want to represent. As long as they stay out of controversy, these sponsorship deals are very lucrative indeed.