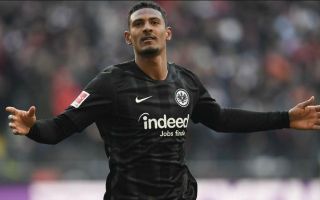 Although Rangers would be disappointed to lose their top scorer from last season, they can go into negotiations with Frankfurt in a strong position knowing the Germans have just sold two players for huge money.

According to The Daily Record, Eintracht Frankfurt had representatives present to watch Alfredo Morelos in Rangers’ Europa League tie last week and were impressed enough to consider making a bid.

The German side have sold Luka Jovic and Sebastien Haller this summer, with The Guardian reporting Haller went to West Ham for €50m and The Independent stating the Serbian joined Real Madrid for €60m.

READ MORE: These Rangers players could be in danger as Steven Gerrard expects transfer exits

This gives last year’s Europa League semi-finalists €110m to play with. As a result The Daily Record stated Rangers could be looking for a fee of close to £20m for the Colombian.

The Sun had previously reported that Crystal Palace had shown an interest in the Ibrox star, and that he had shared a tweet linking him to The Premier League.

Morelos had his most prolific season to date last year, scoring 30 goals in all competitions but also managing to get sent off four times. 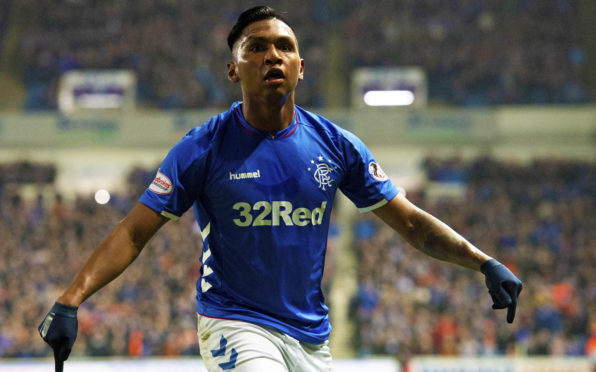 Given his volatile nature, it would make sense for the Ibrox club to cash in if they could get close to £20m.

If he was to leave then a replacement would be vital, otherwise Rangers would enter the season with a 36 year old Jermaine Defoe and Kyle Lafferty as their only striking options.

Morelos scored a hat trick against St Joseph’s on Thursday, which help set up a rematch with Progres Niederkorn who infamously knocked Rangers out of the Europa League in 2017.