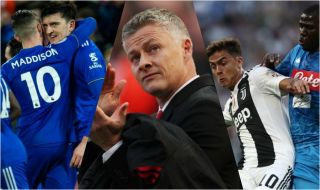 Manchester United could soon have a very exciting line up on show indeed as they’re linked with some big names before the end of the transfer window.

The Red Devils have already shown plenty of promise in pre-season so far as a number of young players like Mason Greenwood and Tahith Chong have made a real impression.

MORE: Where next for Gareth Bale? Manchester United and four other potential transfers as Real Madrid star is pushed out

On top of that, Ole Gunnar Solskjaer has already appeared to recruit well with signings of two youngsters in Daniel James and Aaron Wan-Bissaka, both of whom have started very brightly as well in their friendly appearances so far.

Still, that might not be all United fans have to look forward to next season as links to other top players won’t die down.

Here’s a look at three targets who could make their way to Old Trafford before the transfer deadline, and a look at how the club might line up with their new additions in Solskjaer’s XI…

Linked time and time again with United this summer, the Daily Star have been among the sources to claim Harry Maguire is a target from Leicester City. 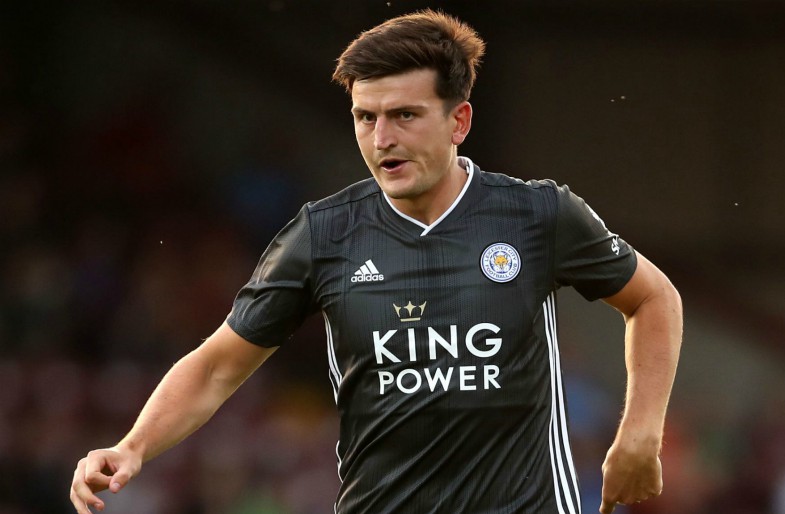 The England international would surely be a much-needed upgrade on the likes of Chris Smalling and Phil Jones, and help MUFC improve on their dire defensive record last season, when they finished the league campaign with 54 goals conceded – their worst record in that department in the Premier League era.

Still, the Daily Star claim Maguire would cost as much as £80million, so it won’t be easy for United to get a costly signing like this in.

They have, however, rejected a £54m bid from Inter Milan for Romelu Lukaku, according to BBC Sport, so if the Serie A giants up their offer, they could raise significant funds to help them carry on strengthening.

According to Gazzetta dello Sport journalist Nicolo Schira, Man Utd remain in the hunt for Sporting Lisbon star Bruno Fernandes and have upped their bid to around £55m for the Portugal international.

That would be an exciting signing for the Red Devils, with Fernandes hitting double figures for goals and assists last season and showing himself to be one of the finest attacking midfield players in Europe.

It remains to be seen if a deal can definitely be done, but the 24-year-old is also increasingly expected to leave Sporting, according to Portuguese outlet O Jogo, as translated by Sport Witness.