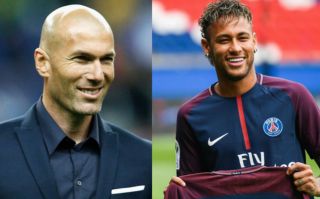 Real Madrid are set to turn their attentions to England and Borussia Dortmund winger Jadon Sancho should they miss out on PSG superstar Neymar.

According to Don Balon, Los Blancos are keen to pair new signing Eden Hazard with Neymar in attack, however the Spanish giants are still prepared should their pursuit of the Brazilian not go to plan.

As per the same report, Real are eyeing up Sancho as a ‘plan b’ should they miss out on Neymar, a back-up option that isn’t a bad one to have!

Sancho showed the world last year that he truly is the real deal, and that he definitely has the potential to win the Ballon D’Or one day.

The England international managed to bag a hugely impressive 13 goals and 19 assists in all competitions last year, a very good return for a player who’s still only 19 years old.

Real could do with more options down their right-hand side, especially if players like Gareth Bale and Marco Asensio don’t improve on the form they showed last season.

Don Balon have noted earlier this summer that Dortmund are after at least €200M if they are to let Sancho leave, a price that seems a bit excessive for a player who’s still a teenager.

However, as we’ve seen with players like Kylian Mbappe and Matthijs De Ligt, age is just a number…