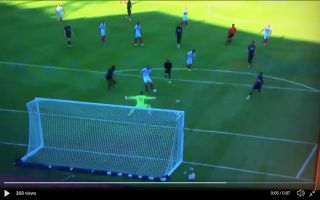 Some Liverpool fans couldn’t contain their excitement after Andy Lonergan made a stunning save for the Reds against Sevilla, the veteran is currently on trial.

Andy Lonergan proved his worth for Liverpool just 12 minutes into his first outing for the Reds, the 35-year-old was handed a start by Jurgen Klopp this evening.

The veteran stopper is currently on trial with the Champions League winners and he’s moved one step closer to earning himself a contract with his impressive save.

Lonergan produced a crucial save after Gini Wijnaldum lost the ball in a dangerous area, the Dutchman’s blunder led to Sevilla crafting a one-on-one opportunity to take the lead, fortunately for the Reds Lonergan managed to save the effort with his leg.

Check out the veteran stopper’s wonderful save below:

Andy Lonergan on the money early on for the Reds! pic.twitter.com/mYRJzYIP96

Take a look at some reaction from excited Liverpool fans to Lonergan’s save:

better than karius ever was, and he’s only played 1 game

What a save Lonergan

Brilliant save by Andy Lonergan. Wijnaldum lost the ball after good defending by Van Dijk. Nolito slides it into De Jong but is met by a great save. Acampos powers a shot wide of the goal. 0-0

Lonergan is turning into Alisson ? what a save!

Some save that from Lonergan

As Alisson has been granted an extended break following his Copa America journey with Brazil, the Reds brought in Lonergan to boost their goalkeeping ranks during preseason.

If the ace continues to impress, Liverpool could sign him as a third-choice keeper. 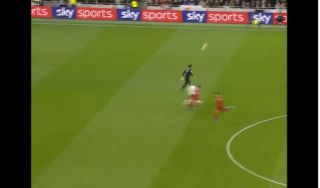