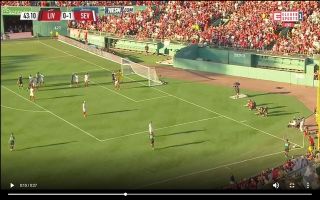 Divock Origi has equalised on the stroke of halftime for the Reds in their preseason clash against Sevilla, the ace fired home after an Alexander-Arnold corner.

Check out the Belgian ace’s equaliser below:

What a finish from Divock Origi! ? pic.twitter.com/HSePqqJzZU

Liverpool recently announced that the forward had signed a new long-term contract with the club, after enduring a tough start to life at Anfield the Belgian proved his worth by becoming the Reds’ Champions League hero last season.