Despite not finishing in the top four since 2013, AC Milan are still regarded as one of the giants of Italian Football. According to reports they could be set to sign Angel Correa.

A report from Sempre Milan states that the Milan club could be set to sign the Argentine for around €55m. Football Italia also reported that a deal for Correa could be close.

They are desperate to find players to help Krzysztof Piatek up front, and Correa could provide the solution. The Prospect of Correa and Lucas Paqueta creating chances for Piatek is enticing, and could be enough to push the former champions towards relevancy in the title race again.

The Argentine international was also linked to Spurs as part of the Kieran Trippier deal by Sky Sports, however he now seems set to make the move to Italy.

He could’ve been an interesting signing for Spurs and would’ve freed up Lucas Moura to play up front whenever Harry Kane is missing. 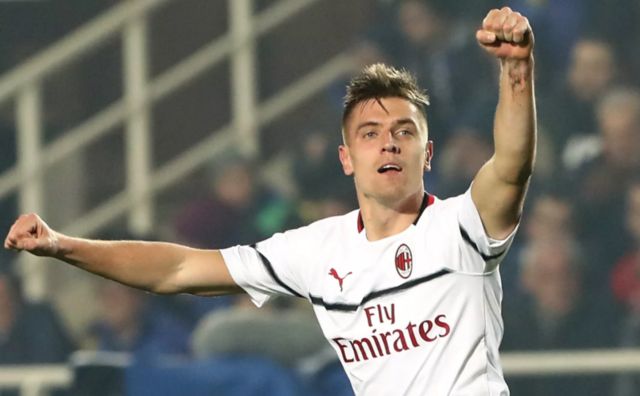 Correa moved to Madrid in 2014 and played in 130 league games for Diego Simeone’s team. He’s still only 24 but would likely be behind Alvaro Morata, Joao Felix, Diego Costa and Thomas Lemar in a fight for the forward positions this season.

He’s more of a creative player, but is capable of playing anywhere across attacking midfield or up front which would make him a versatile addition for Milan.

If he could find consistent form in Italy then he may be able to add to his 11 Argentina caps.