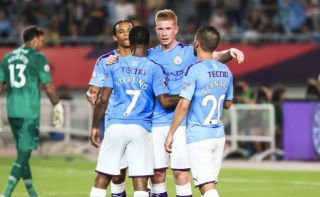 Manchester City have been hugely criticised in a stinging report in the Chinese press over their disrespectful attitude whilst on pre-season tour this summer.

In a damning and lengthy piece from Xinhua, the Premier League champions are torn apart over several instances of snubbing local fans in China, in stark contrast to the other Premier League clubs who have also been there.

The report claims West Ham, Wolves and Newcastle made much more of an effort to engage with fans and get involved in youth football during their visit, all of which was apparently lacking from City.

This looks to be very bad PR for Pep Guardiola and co., with the club likely to have been keen to expand their global reach and gain fans from all over the world.

It seems City have not done themselves any favours with their supposedly arrogant behaviour, which has also included snubbing Chinese media opportunities.

Xinhua claim MCFC were far more willing to sit down and chat with UK press, but did not give local media much access at all.