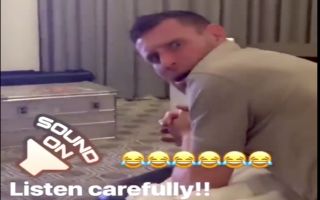 The ITV2 show has become a hit with youngsters in recent years, with fans flocking to their TV’s in waves every night in order to watch it.

And it seems like Milner, and Jordan Henderson, are fans of the show, although Milner may not be a fan for much longer after this!

? | James Milner finding out he was mentioned on #LoveIsland ? pic.twitter.com/DkvY5XA2ad

As heard in the clip above, one of the contestants on the show, Jordan, named dropped the LFC midfielder, as he uttered the words “boring Milner”, something that seems to be a reference to the famous Twitter account of the same name.

However, this fact didn’t get in the way of Milner coming up with a brilliant reaction after hearing his name on the show!