Everton could be on the brink of pulling off one of the signings of the summer, the Toffees are in talks to sign this Barcelona and Arsenal target.

According to Italian journalist Gianluca Di Marzio, Everton are in talks to sign Juventus golden-boy Moise Kean, it’s understood that the ‘Old Lady’s’ director, Fabio Paratici, is in England to hold talks with the Toffees over the signing of the talented young striker.

Di Marzio reported last week that Barcelona and Arsenal were also in the race to sign the forward, according to the report Juventus would demand €30m (just under £27m) before they part with their prized asset, the report also stated that the Serie A giants would like a buy-back clause to be included as part of any potential transfer for the Italian. 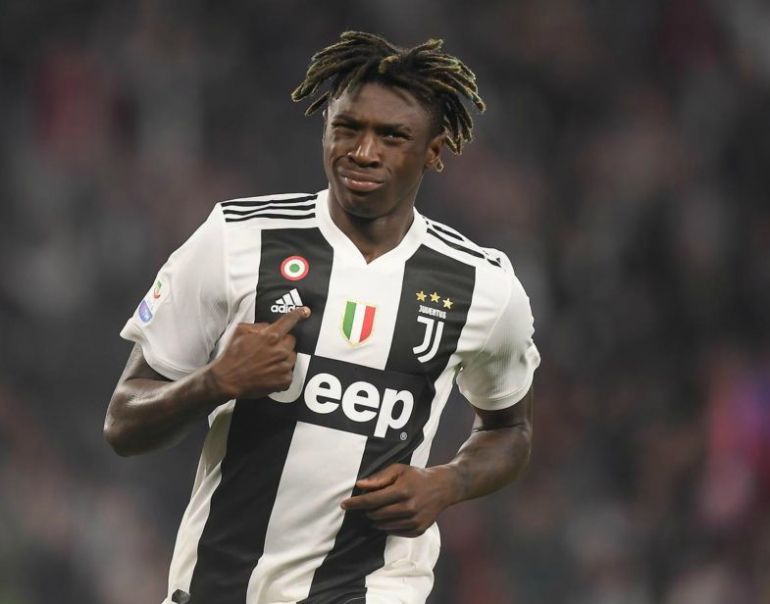 Kean in action for Juventus, will the star be heading to England this summer?

The former Torino youngster’s eye-caching displays also won him two caps for Italy’s senior team, the all-around forward has shown that he can handle the responsibility of performing on the big stage, by scoring twice for his country.

Kean is a very well-rounded forward that has all the tools to succeed in the Premier League, the star is quick off the mark and he also has the strength to battle tough defenders, the ace’s versatile playing style will be hugely attractive to Everton boss Marco Silva.

With Kean’s signature, Everton’s attack would become a force to be reckoned with, the Italian could strike up a deadly partnership with Brazilian stars Bernard and Richarlison.

There’s no doubt that Kean has the potential to become one of the best strikers in the world in the future, the 19-year-old will be relishing the chance to star as a crucial first-team player away from Juventus.