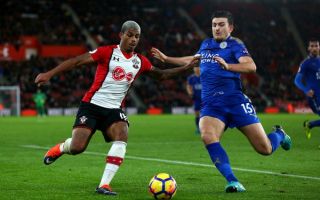 The England international would be a superb signing for the Red Devils if they can pull it off, though he could also be very expensive if various recent reports are to be believed.

Talks are ongoing over a deal that could potentially cost as much as £90million, according to the Evening Standard, though Woodward is said to be hoping to reach a breakthrough imminently.

The report explains that Woodward has remained in the UK while Man Utd are on pre-season tour in order to get signings done, with the club said to be locked in talks with Leicester.

MUFC fans will surely be desperate to see Maguire arrive after the team’s poor defensive record last season looked to be decisive in costing Ole Gunnar Solskjaer’s side a place in the top four.

United conceded 54 Premier League goals – a shocking record and the club’s worst in the Premier League era, meaning a top centre-back like Maguire makes sense as a priority target.

The 26-year-old has shone for the Foxes and looks ready to make the step up and play for a bigger club challenging for major honours.