Man United have been handed a golden chance to sign Borussia Dortmund and England international Jadon Sancho this summer, after the player offered his signature to the Red Devils.

Sancho burst onto the scene with Dortmund last year, as he wowed fans and critics alike with his consistently-brilliant performances for the German side.

The 19-year-old winger managed to bag a total of 13 goals and 19 assists in all competitions, as he helped Dortmund reach the knockout stages of the Champions League and achieve a top-two finish in the Bundesliga.

And following this, United fans will be delighted to hear that their side have been handed a great chance to bring the youngster to Old Trafford this summer.

According to Don Balon, Sancho has personally offered his signature to Ole Gunnar Solskjaer’s side, which comes after Florentino Perez told his agent that Real Madrid will aim to sign him in the coming years should he sign for the Red Devils and continue to develop.

The report also notes that Sancho will cost around £115M (€130M), a somewhat fair price to pay for a player who could easily win the Ballon D’Or one day. 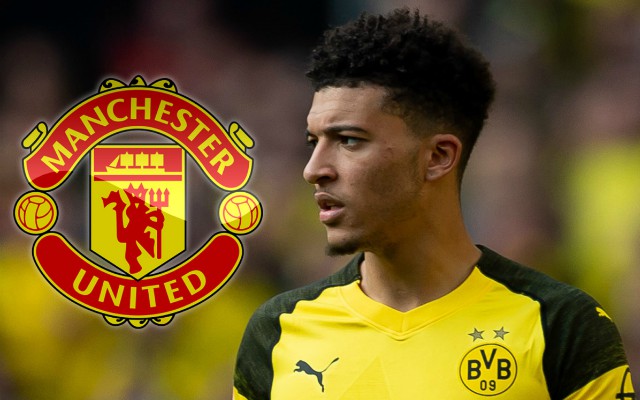 Even if United only get Sancho for a few years, the Red Devils should definitely take up this opportunity to sign him.

The teenager is one of the brightest young talents in world football, and his arrival at Old Trafford would hand Solskjaer a huge boost in regards to the options he has to choose from out-wide.

Don Balon’s report also states that Real will pay more than €200M (£178M) for Sancho in three years time should he sign for United and progress as a player, thus United could end up making a decent profit on the player should they sign him this summer.