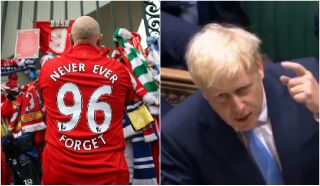 He’s only been Prime Minister for a day, and Boris Johnson has managed to rub a number of Liverpool fans up the wrong way with some comments in the House of Commons.

The Tory leader was asked by Labour MP Maria Eagle to apologise for past digs at Reds supporters for wallowing in self-pity about the Hillsborough disaster of 1989.

The tragedy saw 96 Liverpool supporters killed at a game, with the club and the city continuing to pay tribute to them to this day.

PM refuses my request for him to apologise for his Spectator editorial repeating #Hillsborough untruths, accusing Liverpool people of wallowing in self pity. Bluster in response #NotMyPrimeMinister pic.twitter.com/KWi5HlP2Gr

Writing in 2004, he said, as quoted by the Liverpool Echo: “A combination of economic misfortune — its docks were, fundamentally, on the wrong side of England when Britain entered what is now the European Union — and an excessive predilection for welfarism have created a peculiar, and deeply unattractive, psyche among many Liverpudlians.

“They see themselves whenever possible as victims, and resent their victim status; yet at the same time they wallow in it.”

When pressed to apologise for these comments, Johnson neglected to do so, and it’s clear he’s now made himself even more unpopular with those with a connection to LFC and Merseyside in general.

Liverpool legend Jamie Carragher retweeted Eagle above, as well as Labour leader Jeremy Corbyn, who laid into the new PM. 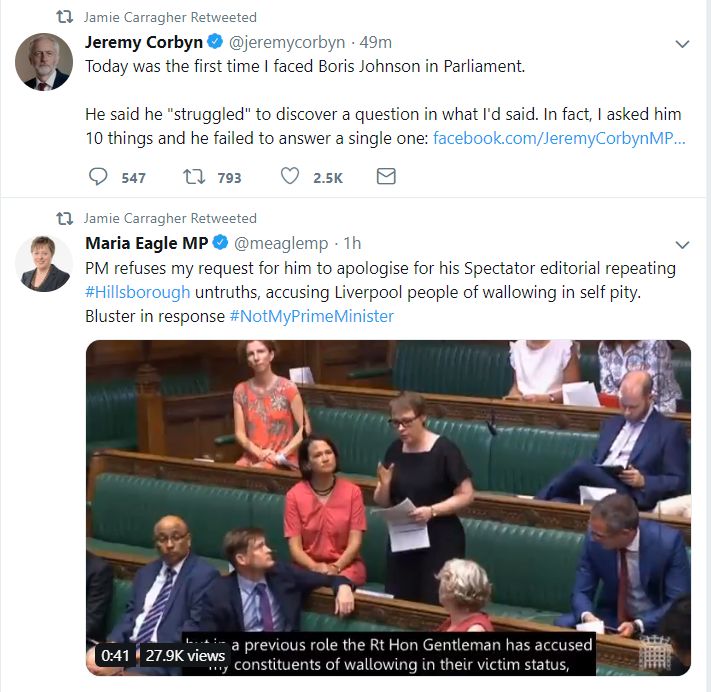 Jamie Carragher is clearly no fan of Boris Johnson

@BorisJohnson still cant apologise to the people of liverpool about his Hillsborough comments. It's a disgrace how anyone from liverpool can support this man and his government

@Conservatives @BorisJohnson so no apology for your rags comments on the city of liverpool. No surprise no shame very little intelligence

“Mr Prime Minister, are you going to apologise to the people of Liverpool? “. “Errrm, babble bluff eerrrrrmm bumble bluster look at me and my mates babble waffle” @BorisJohnson #NotMyPrimeMinister https://t.co/my7KgnjCtw

Boris Johnson was just asked to apologise about his comments about Liverpool… He didn't. What a cunt #BorisJohnsonPM

I’ve never, ever felt less patriotic. I’m not that arsed at the best of times but to see the country led by this absolute tool killed anything off. https://t.co/qU73WGjTrB