It’s not completely clear if these comments are intended as praise for his former player, a dig at Celtic or perhaps a combination of both.

Speaking about the move he said: “Actually, I have no doubt that Boli is ready for the a club in one of the top five leagues in Europe, but he chose to go to Scotland”

He went on to say: “It does mean that he’s closer to the English Premier League which is where he will end up”

It’s ultimately a dig at the Scottish champions, as he thinks the Belgian should be playing at a higher level.

Bolingoli Mbombo’s transfer fee was reported to be around £3m by The BBC when he moved in the summer. 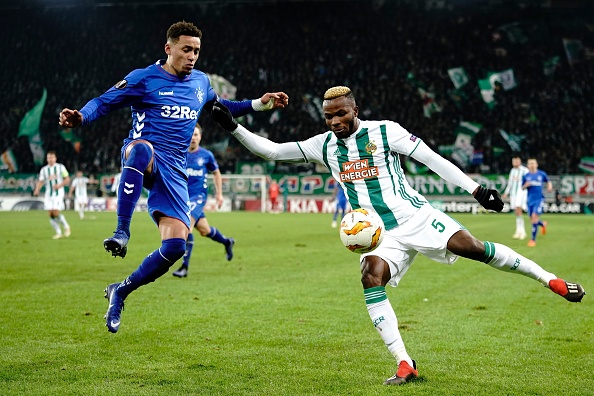 Bolingoli-Mbombo in action for Rapid Vienna

He’s played in all of Celtic’s Champions League games so far, but may find himself as a back-up to Kieran Tierney when he returns to action in the next few weeks.

Even if the comments do come across as disrespectful, there are plenty of previous examples of players moving to Celtic and then to the Premier League.

Vincent Wanyama, Stuart Armstrong and Virgil Van Dijk are all recent examples who have gone on to make the move.